Trek along the blue river 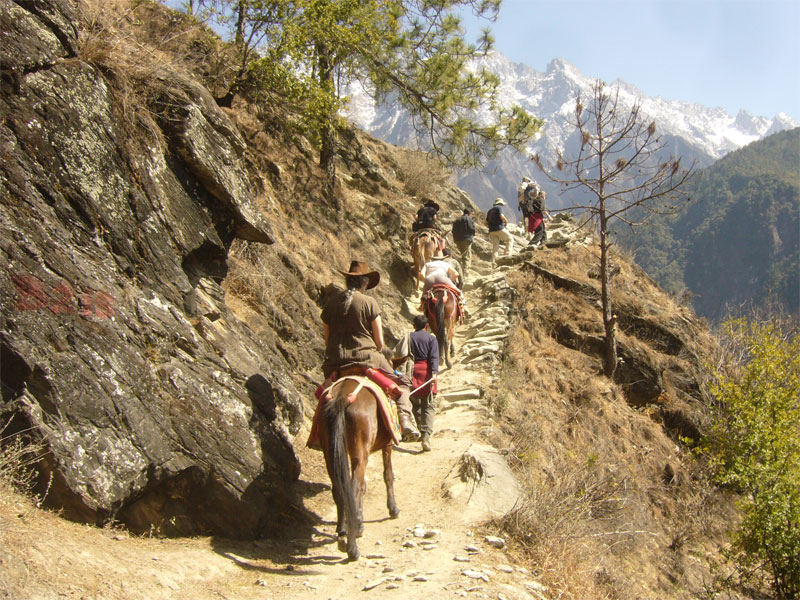 The blue river is called in Chinese the Yángzǐ Jiāng (扬子江) or Chángjiāng (长江), literally “long river”. It is the longest river in Asia (6380 km) and the third longest river in the world after the Amazon and the Nile.

It originates in Qinghai in an extreme landscape of glaciers and snow-covered lands, forms the border between Tibet and Sichuan and crosses different provinces, including Yunnan,
before joining the East China Sea, north of Shanghai.

In Yunnan, it is called Jinsha Jiang (“River of Golden Sands”) because it carries tons of silt. It crosses the “Tiger Leaping Gorges” then winds towards the north of the province.
Our trek begins in the Tiger Leaping Gorges, a canyon over 2000 m deep, 60 km north of the city of Lijiang. The trails we take from this point overlook the Yangtze River and we walk in the shade of the snow-capped peaks reaching over 5500m. We progress for 10 days, from lodge to lodge, between heaven and earth and cross small authentic villages of the Yi and Naxi minorities, including the village “of the stone treasure”.
Our walk takes us to Lugu Lake, on the border between Yunnan and Sichuan. This region is the stronghold of the matrilineal minority called “Mosuo”. The “Mosuo” have traditions which present certain particularities. In their culture marriage does not exist, lovers do not reside together, their children are raised by the maternal family, …
This trek among nature is a return to the basics. The trek will be completed each day with relaxation and stretching sessions.

“Well, when I arrived in China, I didn’t feel legitimate to do this trek… and with your great patience, your kindness, your encouragement, I was able to overcome my apprehensions. You are the boss! This journey has done me a lot of good, we found ourselves in beautiful and diverse places. I go back home with my heart full and open. Thank you for accompanying us to Shangri-la, my dream for many months. I wish you a wonderful continuation on the path of this life. Thank you again, I go home with a happy heart and in great shape. ”

“Wonderful trek in Yunnan. Thank you Laura for this unforgettable journey. Thank you for showing us this beautiful region, and thank you for your patience in trying to teach me Chinese. I will have great memories from here. Extra food, I loved it. Take care of yourself. ”

This trip has segments of rapid ascent that require some physical endurance. These intense segments are short with the majority of the trek being of an intermediate level.
Another factor to consider is the altitude. It varies between 2000 and 3200 m and our trek is designed in progressive stages, the ascent is therefore spread over the entire stay.
We will be accompanied by mules who will carry our backpacks (max 10 kg).
Trek level: 3-4 / 5
Guides: Local guide and Laura Scaffidi
Translation: Laura Scaffidi
Daily walk: 5-6 hours + stretching

In Lijiang: At the hotel
During the trek:
– Comfortable lodges
– Homestay (shared toilets and showers)

Local and traditional cuisine, full board

We are waiting for an improvement in the health situation linked to COVID-19 before proposing internship dates.

If you are a group of 12 people, you can choose the period of your trek outside the proposed dates on our website.

This course price includes: accommodation, lessons, guide and translation, full board meals, entrance fees to cultural sites visited, transport in China, in short everything except the plane ticket and visa.

Enroll to the training course 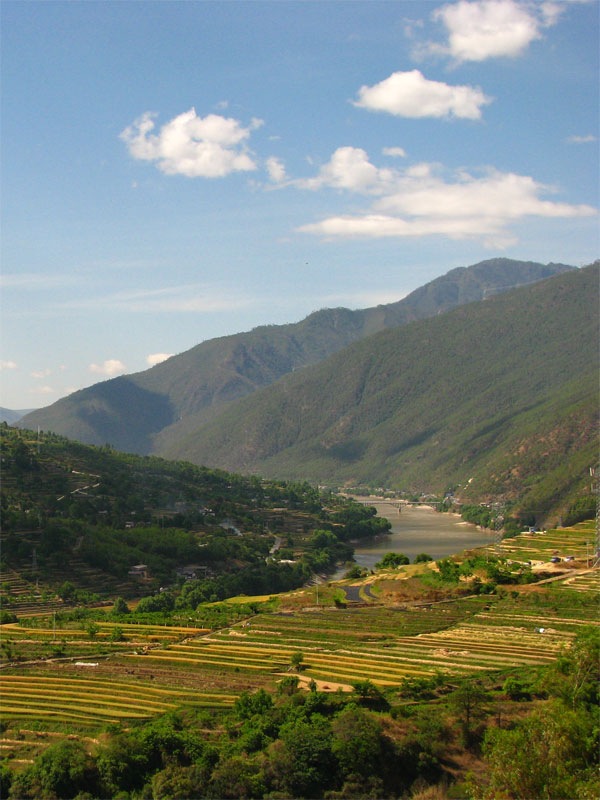 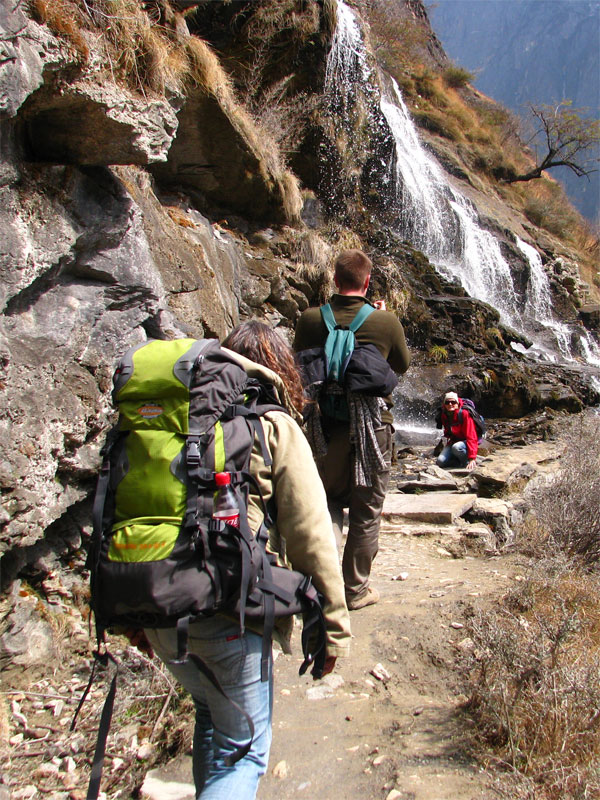 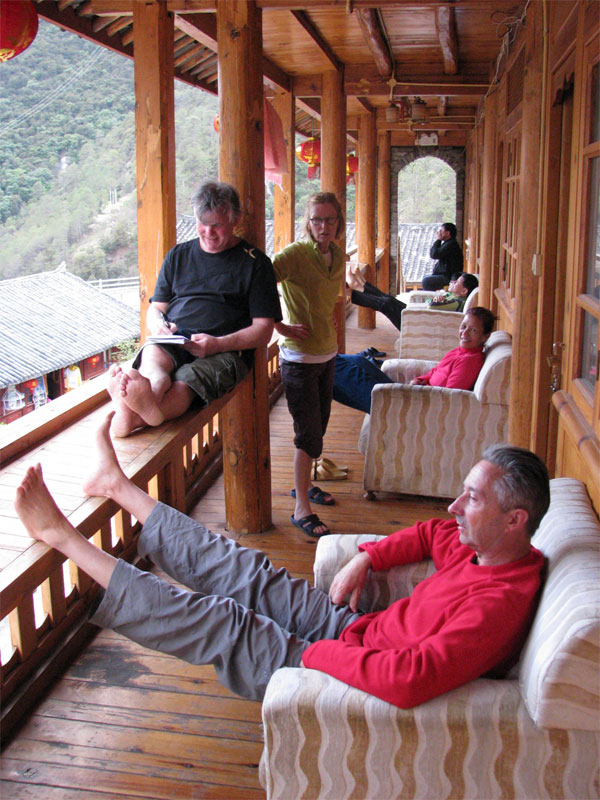 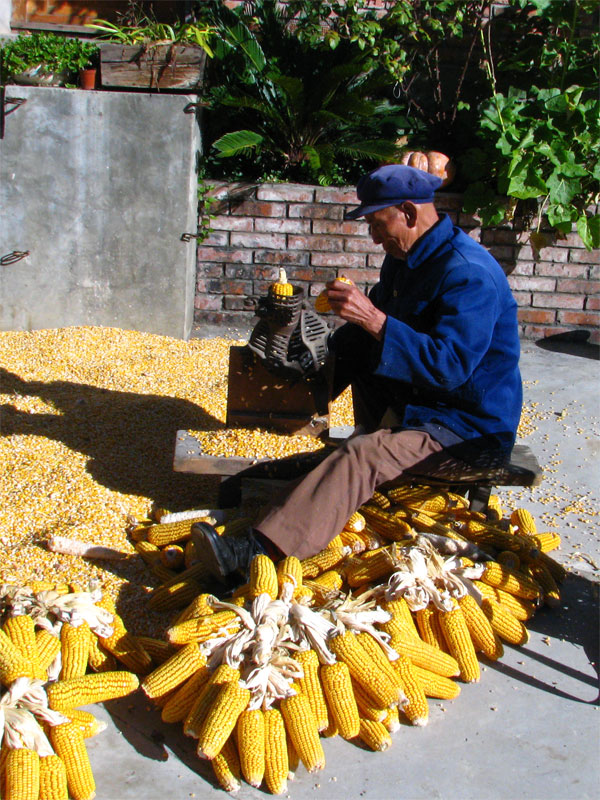 Discover our others courses

Subscribe to our bi-annual newsletter to receive all the information on our various courses, to know the events we organize and those in which we participate, to receive exceptional discounts ...